In this article, I look at gentrification in Guatemala City, which can be seen in the presence of AirBnB and in the 4 Grados Norte project. At the same time, an urban renewal project in city centre shows what is missing in other projects.

Recently, I visited Guatemala City – a capital that is often disregarded in comparison to other gems like Antigua Guatemala or Lake Atitlán. While these are truly beautiful, I think it is also worthwhile to consider to case of the capital city. Since I was not able to contact project managers of the place I will be talking about (4 Grados Norte), I will use various newspaper sources, online comments and personal impressions of myself, but also of locals I talked to in Guatemala City, as voices.

I stayed in an AirBnB in Guatemala City, close to its centre, that consisted of a whole building owned by AirBnb. This was a first hint at the gentrification slowly taking over Guatemala City – high prices might be another one. AirBnB is apparently getting active as a real estate investor. It proudly exhibits some pictures of how the building used to look before they bought it and turned it into a space for visitors.

However, this opens up various questions:

With this first taste of gentrification in mind, I went to explore city centre. This is surprisingly down-to-earth and quite small. It mostly consists of the pedestrianised Paseo de la Sexta, which is green and pleasant to walk on. It is at the same time an important example of successful urban renewal in Guatemala City, as you can see in this video. Guatemalans of all classes, colours and shapes can be seen enjoying their city centre – this is an important point in a country with about 40-60% (depending on the source) indigenous population!

Interestingly, Guatemala City is also the continent’s Green Capital 2019. There are various initiatives going on on a small scale. The municipality of the city (“MuniGuate”) is quite active. It works to promote good practices among its citizens, for example incentivising good behaviour on the streets:

Reading up on urban renewal projects in the capital of Guatemala, I soon stumbled upon “4 Grados Norte” – 4 degrees north. This is on the city’s zona 4, which used to be a run-down, sketchy neighbourhood. The project 4 Grados Norte is trying to change that. They already transformed some streets into a hipster and digital nomad’s paradise, including co-working spaces, expensive cafés, bike stands, playgrounds, street art, colourful walls and free Wi-Fi.

This urban renewal project had different phases of success and failure. It was started in 2002 by businessmen who were trying to improve their city. They hosted cultural events, made the streets in this neighbourhood pedestrian-use only and thus transformed Zona 4 into a popular meeting place. Cafés, bars and restaurants were soon attracted, but this made Zone 4 turn into a hotspot for nightlife, soon inviting drugs, excessive alcohol consumption and even violent gangs to the party.

Zona 4 fell into disarray again, but the founders of the project did not want to give up. They recognised that there were not enough people on the streets and invested in apartment blocks to revive 4 Grados Norte. They also put a stronger emphasis on the area as a cultural project, helping it to a second bloom. From 2010 on, investors and some neighbours worked on 4 Grados Norte again. This re-investment in an urban renewal project that already seemed doomed is something noteworthy, showing that it is also possible to learn from urban planning mistakes instead of simply abandoning failures. Increased support of the municipality, of neighbours, and smart investment in security helped to achieve the seemingly impossible: To create a hip and safe neighbourhood in the middle of a no-go-place. Yes, this is gentrification – but it is also an interesting way to upgrade urban areas. 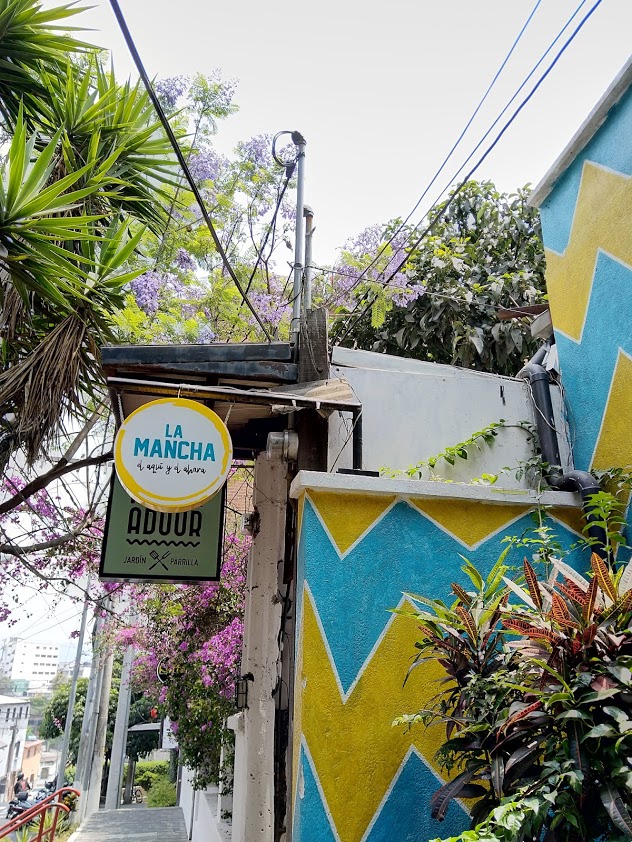 The aspect of security is particularly interesting, since it actually helps to bring the community of tech companies, restaurants and new neighbours together: Since crime in Guatemala City is organised, the community decided to get organised as well in order to fight it. They pool resources to hire additional security, support each other and note any suspicious activity on a common WhatsApp group.

In order to foster a sense of neighbourhood, Guatemalan NGO Fundación Crecer has worked with 4 Grados Norte. They “undusted” shops and restaurants in order to fill them with people again and to make the area a place of community and of mutual encounter. Social media played an important role here, and surely neighbours were more open towards listening to a local NGO than to some businessmen with a failed project.

Nowadays, 4 Grados Norte has a pleasant, but artificial feeling about it. It is safe without seeming overly securitised, but as soon as you set foot into the streets of the neighbourhood, you only see foreigners and very fair (presumably very wealthy) Guatemalans on bikes, which they would not ride anywhere else in the city. University buildings contribute to a pleasant mix of young people, but compared to city centre, you definitely enter a different bubble in 4 Grados Norte. 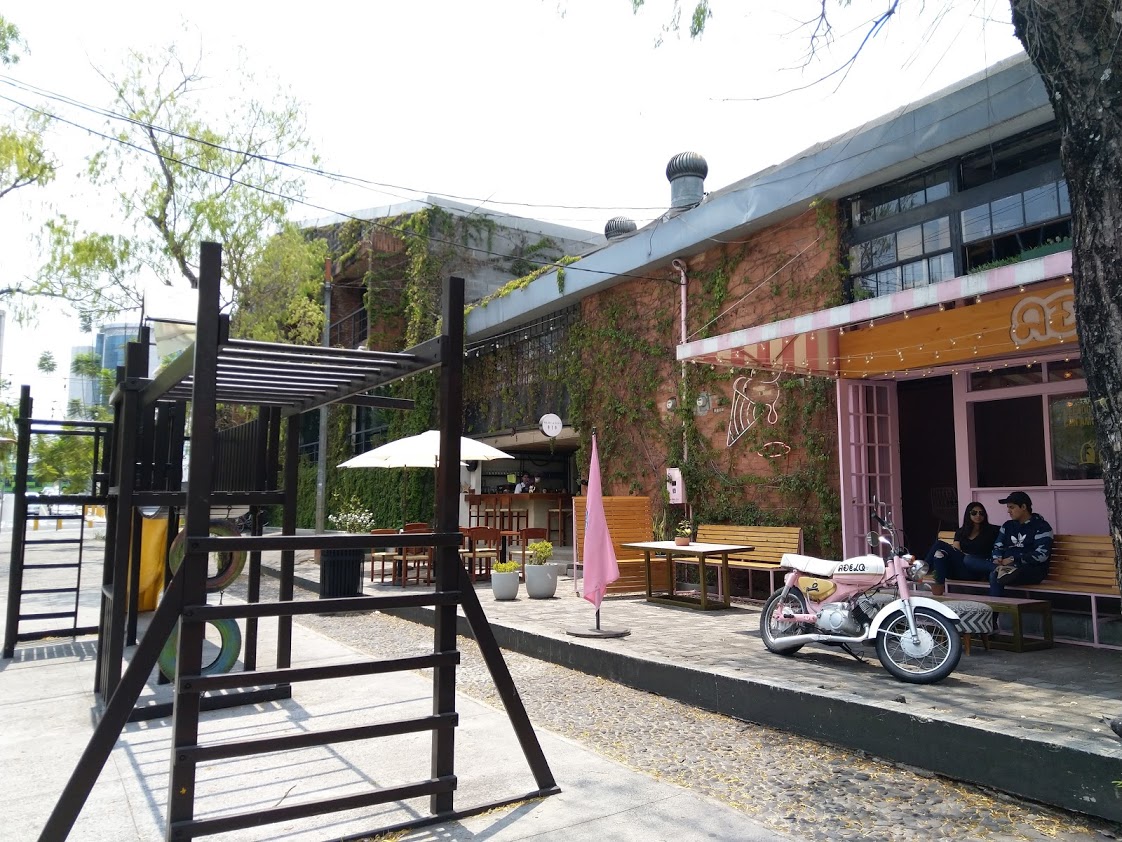 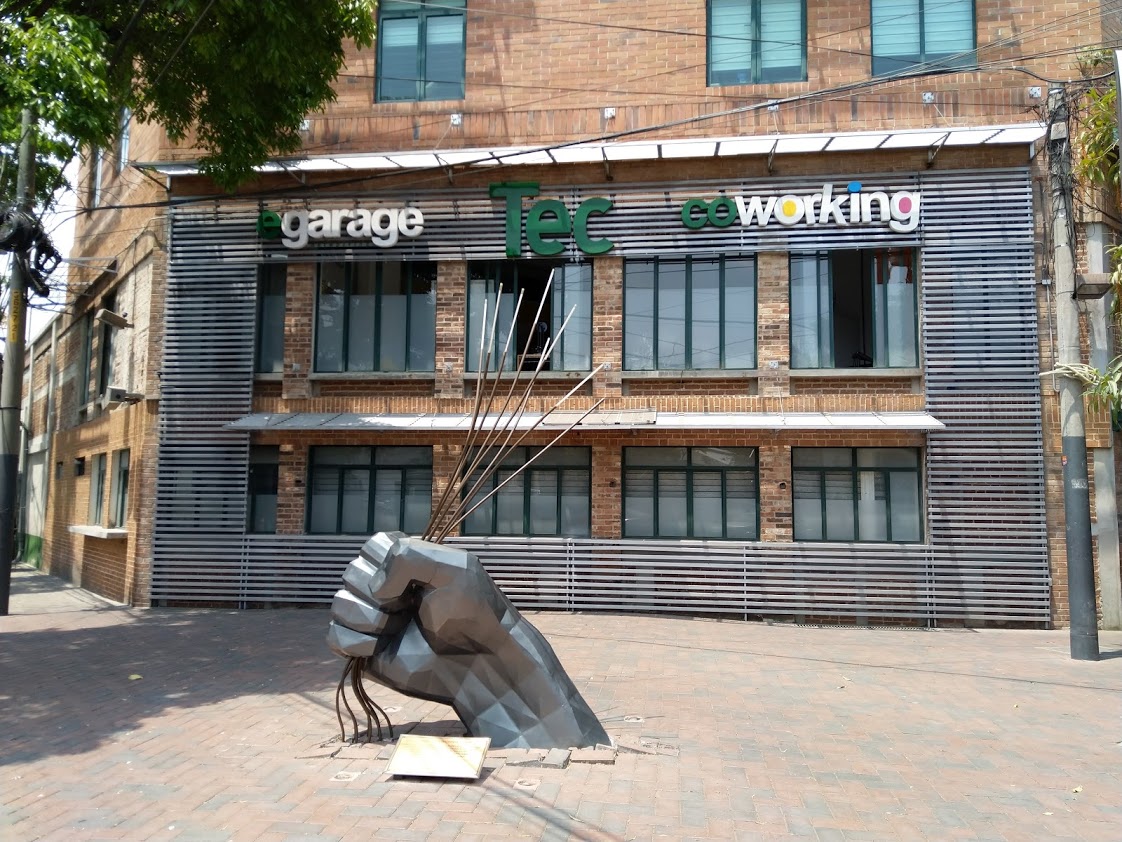 Street art interventions and other projects have contributed to shaping the neighbourhood. However, it is still not clear who actually lives here and a lot of housing is still being constructed (for example the Vivo Zona 4 project). The comparisons on travellers’ blogs to Brooklyn are only partly correct. There is definitely a positive vibe in 4 Grados Norte, but as a construct it needs more time to grow and become a community. Maybe it can learn from its pulsing central avenue, Paseo de la Sexta. Or maybe it just needs some more time and participatory efforts to grow and become attractive to more Guatemalans, too.

To see more voices, have a look here:

Michelle, Isaac and Lorna share insights about how Covid-19 is affected informal settlements in Kenya’s capital city, Nairobi. In their interviews, they talk about the specific challenges that the pandemic brings, and about community-based solutions.

Citizen Jane – Battle for the City

A summary and short review of this documentary about the great urban writer Jane Jacobs and her struggles to maintain Washington Park in NYC.