This is the story of how Tirana's mayor managed the revive the city by government-issued "colour intervention".

This TED talk on government-issued art called out to me because of its title: “Take back your city with paint!”

Here, the former mayor of Albania’s capital city Tirana, Mr Edi Rama, tells the story of how he managed to overcome the city’s “grey past” and brought back colour and life by having many of Tirana’s buildings painted in bright colours and patterns.

Albania was ruled by a socialist military regime between 1954 and 1991. Almost nobody was allowed to travel outside the country, cars were illegal and citizens had to focus on agricultural labour. The central urban planning resulted in “empty” and grey cities which were intended to intimidate their inhabitants. When the isolation of Albania ended with the end of the Soviet rule in the early 1990s, Tirana’s population grew from 250,000 to 600,000 in only a decade. New construction was unregulated and often informal and any reminders of communism were brutally destroyed. Then, in 2001, the artist, writer and politician Edi Rama became mayor and had the very difficult task to bring order into this chaotic urban development. He had almost no funds available, so he turned to what he did best and instructed the painting of old, grey buildings to symbolise Tirana’s new, colourful future (and therefore Albania’s future too, since 25% of the country’s population live in Tirana). 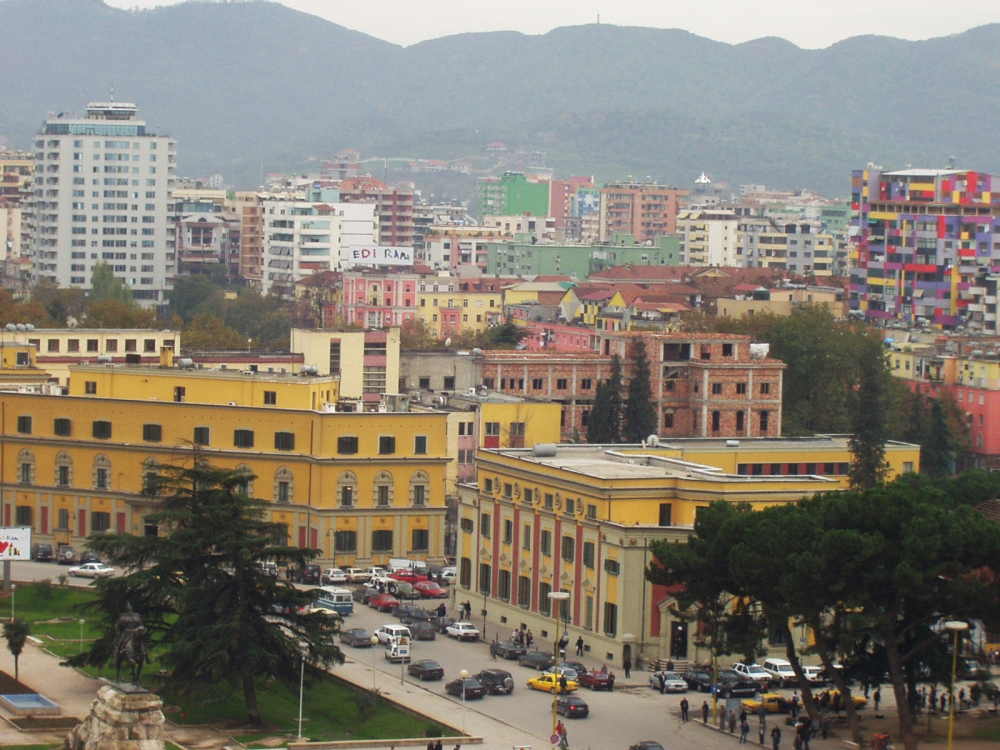 This colourful intervention led to a feeling of more responsibility and pride among Tirana’s citizens. They started to pay their taxes, littered less and even the crime rates fell. By including citizens in designs for house painting and for public space revival, Mayor Edi Rama contributed significantly to lifting the spirits of many Albanians, which had been low in the tumultuous 1990s. But he didn’t only focus on brightly coloured houses, as many critics say – he also launched an international competition for the revival of Tirana’s central Skenderbeg Square, replaced illegal settlements with parks and public spaces, improved public transport and services, cleaned up the river running through Tirana, and broadened the roads. However, critical voices mention that Rama’s government should have focused more on providing structural infrastructure improvements and tackling social problems.

Rama was mayor until 2011 and is now Albania’s prime minister (since 2013). He is internationally recognised for his unique artistic approach to urban development. Thanks to his initiatives, Tirana has become a liveable European city that invites its inhabitants instead of intimidating them. 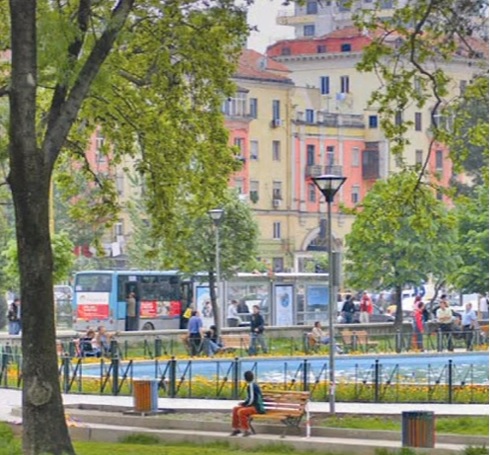 While his “façade” approach of painting buildings has its limits, the concept behind the idea is what intrigues me: Colourful houses made the people of Tirana see their city with new eyes, encouraged them to go outside and think of further improvement measures for their neighbourhood.

What do you think? Would this have a positive impact on your city? Should governments engage in urban art?

Here are some of the other articles of the street art series:

Street Art Series: I Wish This Was…

Rashiq from Future Cape Town developed “Your City Idea”, a mobile voting booth for everybody to vote on their ideas for improving the city.